Zach’s Going to be a Big Brother!

I’m back!!! Wow, that was a very long and unplanned hiatus.

I have to admit, things have been pretty insane in the Robertson household over the last few months. I’ll just go ahead and start with the biggest news first…

Zach is going to be a big brother!!! 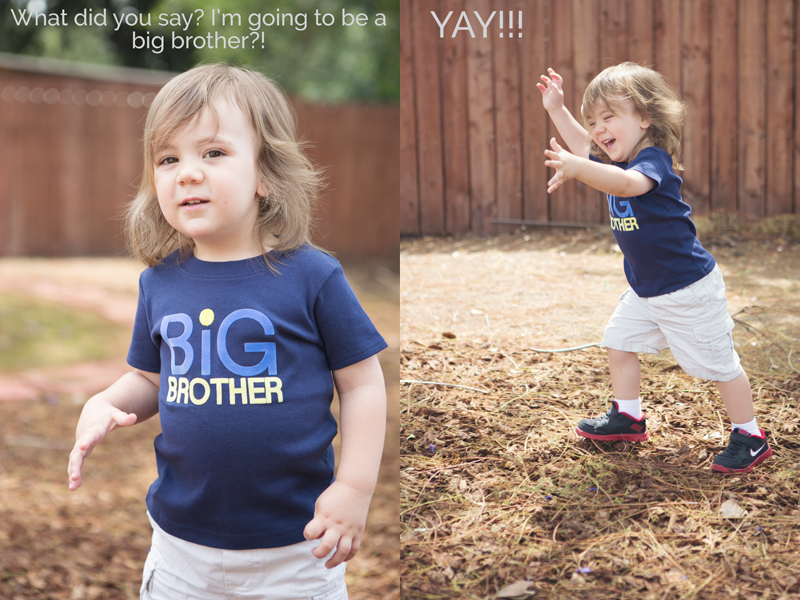 Baby Robertson is due October 23rd, which is coincidentally my brother’s birthday 🙂

Anyway, for those of you that don’t know, I found out I was pregnant in February, and have been SUPER sick the last few months. I quickly realized that the altitude where we lived was contributing to my sickness, so I spent a lot of time at my family’s home in LA.

Which leads me to our other big news…We’ve moved! Stephen and I hated being apart and not being able to be home was a major inconvenience. So, we are back down the mountain and living in Redlands. We love being here, and Zach is really enjoying his “new house”. Now, if we can just survive the heat this summer!

Many of you have asked about when I’ll be taking maternity leave. I plan on working up until the end of September or even early October. I will still be doing Holiday Mini Sessions, but they will start a little bit earlier this year. And I’ll be back in full swing after the New Year! I can’t believe I’m already talking about the new year, but then again, how is it almost June already?! Ahhhh!

Hope you all are having a great week. Check back tomorrow for some images from my gorgeous friend’s maternity session 🙂