Last weekend, we finally got to celebrate little man’s special day with a WordWorld Birthday party  🙂 I gotta be honest…after the stress of trying to make his 1st birthday “perfect”, I decided to keep things a lot more simple! And it was so much more relaxing.

My son loves letters…like, he is awkwardly obsessed with them. He could identify every letter by the time he was about 19 months old and, by the time he was 23 months, he knew all of the sounds they made. I totally credit this excitement surrounding the alphabet to his favorite PBS show, WordWorld. When I first saw the show, I thought it was the most genius thing ever! Now, a year later, Dog, Ant, Duck, Bear, Pig and Sheep are like a part of our family. So, it wasn’t hard to pick a theme for birthday numero dos. 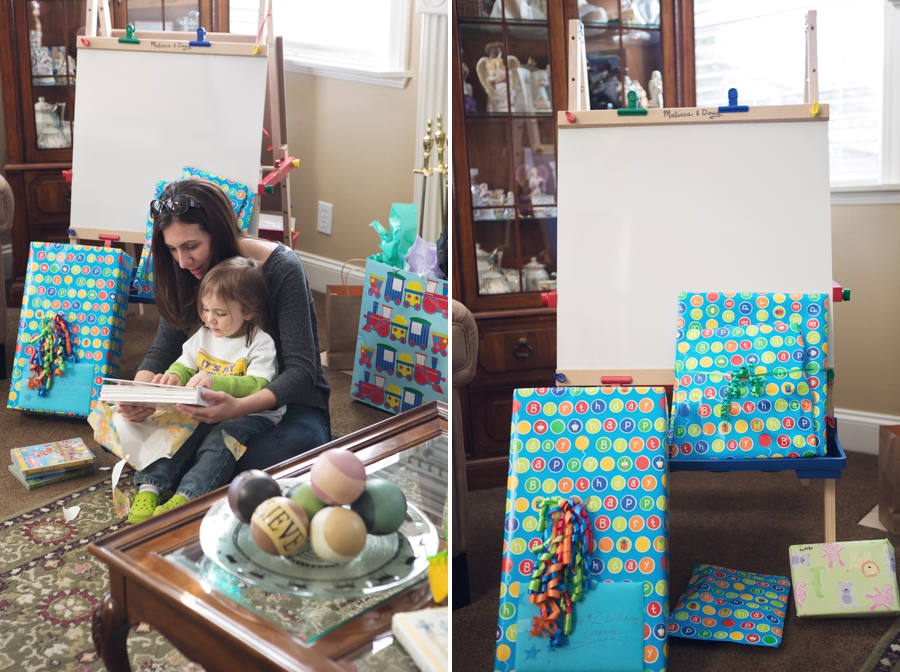 PBS Kids has some great free downloads for their shows, so I made the Happy Birthday banner, as well as some WordWorld confetti. 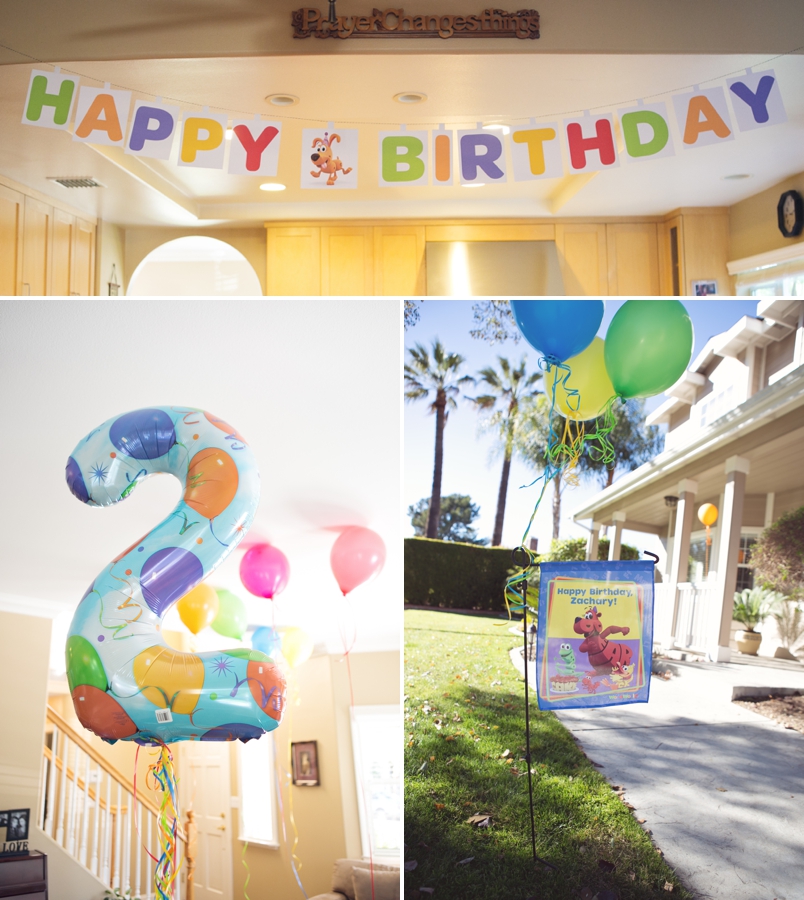 Then, I found some coloring and activity sheets to print, and set up a coloring table for the kids (which the adults immediately took over!).

And I found this adorable custom WordWorld cake topper on eBay.

The food was a huge hit! We made sure we incorporated all of Zach’s favorite things: PB&J, sliced apples with caramel, Teddy Grahams, a berry fruit salad, alphabet Cheez-Its, and more.

I was having too much fun talking with everyone and completely forgot to take any photos of the goodie bags! But they were decorated with the alphabet and contained animal stickers, letter stickers, Wikki Stix, alphabet cookies and a letter stamp. I was kinda proud, seeing as it was my first goodie bag attempt  🙂

The best part of the day…singing Happy Birthday to Z! He’s been talking about this for a long time and looking forward to “happy birthday and birthday cake”. It was so adorable to watch his face light up as he just took in the moment.

That was all simple!?! Great job Jess. Looks amazing. I’m sure Z loved it. Can’t believe he is 2 already!

Happy belated birthday to your little man! Looks like a wonderful day…and with Cheez-its! yum!!!

Jess – So cute!! Z and the birthday decorations 🙂

Pictures are so great…… one of these days I would love to meet this little guy in person! Can’t believe it has been 2 years! God bless your little family! xoxoxoxoxo

Too cute, Jess! You did a great job! Never heard of Word World til now. I love that it taught Z his letters already! Such a sweet little guy. Happy birthday!

@Melanie I still can’t believe you haven’t met him! How is that even possible? 🙁 We need to fix that!

How cute!!! Your son looks so happy 🙂 I’m planning a Word World for my little guys as well, I’m going to use some of your ides! I saw the WW birthday shirts like the one your son has on from the PBS website, do they run true to size or a little big? Thank you in advance!

Hi! Thank you and good luck with your party!! I’m so glad you asked…those shirts run SO small. We had to order a 2nd one and couldn’t return the first one 🙁 they have a size chart somewhere on their site but it’s not easy to find. Anyway, we ended up having to go 2 sizes bigger! My son was in a 2T and we got a 4T.